What is Considered a Wrongful Death Claim in Massachusetts

What is Considered a Wrongful Death Claim in Massachusetts

One of the questions people ask after the unexpected death of a loved one is if anything could have been done to prevent the death. Such questions mostly come up depending on the way the person died. Conducting an investigation through a personal injury attorney is the best way to determine whether a death was wrongful or not, but having the knowledge in your hands also helps you know what grounds you have to stand on. Below are some of the common causes of death that may lead to wrongful deaths. 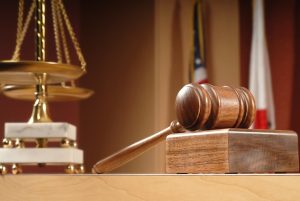 Factors considered for a death to be declare wrongful

The first thing considered is if the death is of a human being, it must have been caused by someone else’s negligence. If not, the person who caused the death must have had intent to cause harm to the deceased. If the death of the person will cause the family to undergo financial hardship, then it can be considered wrongful.

Things like medical malpractice are some sources of wrongful deaths. When a doctor or a medical practitioner does not fulfill his duty leading to the death of a patient, this can amount to negligence, which leads to wrongful death. When fatal accidents that involve vehicles or planes occur, the death may be wrongful if there was negligence involved by another party such as the airline or vehicle operator that caused the accident. Of course this has to be proven. Death that occurs out of occupational hazards such as chemical explosions in a factory, or a malfunctioning machine can also be considered as wrongful death. This also includes death from substances.

When someone else takes the law in his hands to act in a criminal manner leading to death, such death can be considered wrongful.

In cases that involve accidents such as car accidents and slip and fall, companies are held responsible on the basis of negligence. In a general sense, if someone takes actions in a careless manner leading to the injury or death of another person, they can be held liable under negligence. This basis can be used to settle issues whether the settlement arrangement is informal or done in a court of law. To determine if the cause of death of injury was negligence, there are elements that must be considered which a wrongful death lawyer can explain further to you.

Elements of a negligent claim

Death of a loved one is a painful thing for anyone to bear. It can be even more painful knowing that their death may have been prevented or was caused by a negligent person or company. To get more information on how to investigate a possible wrongful death case, contact an experienced personal injury attorney in Massachusetts.